Students are frequently asked to write a Cold War essay. Those students who don’t enjoy such subjects like history may feel bored and stuck while trying to write this essay. To help you, one of our writers has written a sample essay to show you how it may be written. 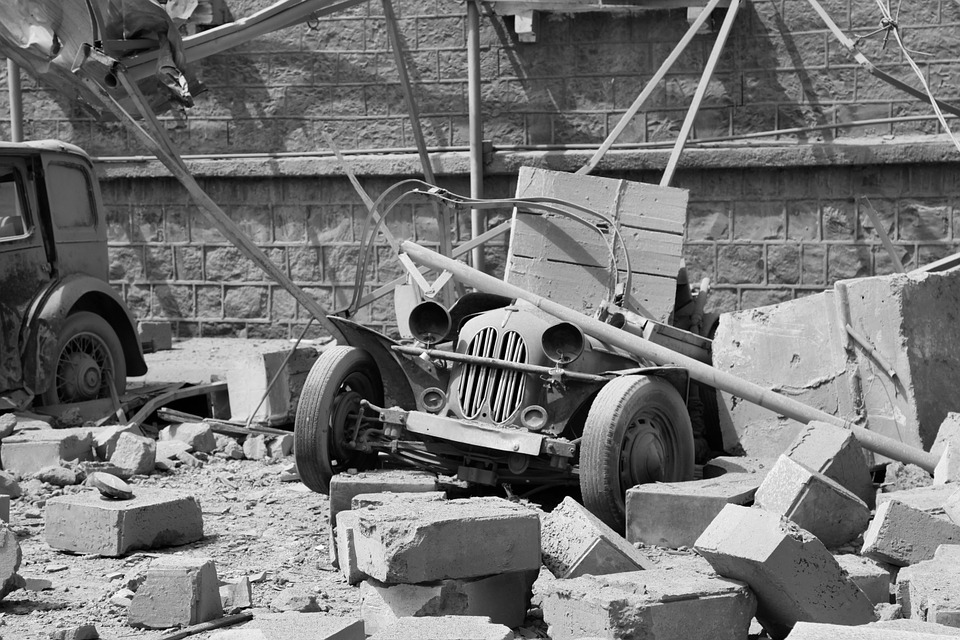 The Cold War takes a significant place in the history of international relations of the second half of the 20th century. It represents a sharp confrontation between two systems on the world arena. It became especially acute “between the late 1940s to the 1960s.. For some periods of time tensions were toned down, and then intensified again. The Cold War embraced all spheres of international relations: politics, economics, military, and ideology.

The complex, ambiguous, and contradictory events of the second half of the 19th century that make up the content of the Cold War still evoke the most acute polemics among historians, political scientists, and specialists in international relations. There is still no consensus on whether the Cold War is over, and the more controversial opinions are about its causes and conditions. The consequences of the Cold War are of great importance not only for its two main participants – the United States and the since dissolved USSR – its results are important for the whole world, as a historical example of a superpower confrontation occurring on the verge of a nuclear war.

1. Beginning of the Cold War

The Cold War was a period of international relationship development that lasted almost 40 years after the end of the Second World War. The essence of the Cold War was the political, military-strategic, and ideological confrontation between the countries of capitalist and socialist systems. The Cold War dragged the attention of entire planet. It split the world into two parts, two military-parts: two militarily focused political and economic groups, two sociopolitical systems. The world became bipolar.

The fundamental opposition of the two world systems (capitalist and socialist), economic, political, and ideological differences between them led to the following:

Churchill was one of the first who had realized the new state of the world after the Second World War, proclaiming a Cold War. Churchill arrived in Fulton, where he was arranged a triumphal meeting. In the train Churchill finally finished and edited the text of his speech, which consisted of 50 small sheets of paper. He gave the text to Truman, who called the speech speech, in his words, excellent: “although it will cause confusion, it will only lead to positive results.” At the same time, Truman officially did not express his attitude to Churchill’s ideas: Churchill as a private person had great freedom of action. Truman, however, left the possibility to disown the content of the speech in the event something were to go wrong, and would attribute it to Churchill’s personal opinion. In this sense, Fulton’s speech was clearly provocative in nature, being designed to probe and arouse public opinion (4).

At the beginning of the “Iron Curtain” speech, Churchill stated that from now on “the United States stands at this time at the pinnacle of world power. This is a solemn moment for the American Democracy,” but also an extremely responsible position. They are confronted by two main enemies – “war and tyranny.” The United Nations could not protect the world, and therefore it would be a “criminal madness” to share with them the secret of a nuclear bomb that the United States, Britain, and Canada still owned. To become a real guarantor of peace, the United Nations must have its own armed forces and air forces formed on an international basis. Churchill continued: “I wished to see this done after the first world war, and I devoutly trust that it may be done forthwith.”

We cannot be blind to the fact that the liberties enjoyed by individual citizens throughout the United States and throughout the British Empire are not valid in a considerable number of countries, some of which are very powerful. In these States control is enforced upon the common people by various kinds of all-embracing police governments to a degree which is overwhelming and contrary to every principle of democracy. We must never cease to proclaim in fearless tones the great principles of freedom and the rights of man which are the joint inheritance of the English-speaking world. This means a special relationship between the British Commonwealth and Empire and the United States of America.

In the second part of the speech, Churchill moved to an analysis of the situation in Europe and Asia. He openly called the Soviet Union the cause of “international difficulties”:

A shadow has fallen upon the scenes so lately light by the Allied victory. Nobody knows what Soviet Russia and its Communist international organization intends to do in the immediate future, or what are the limits, if any, to their expansive and proselytizing tendencies. I have a strong admiration and regard for the valiant Russian people and for my wartime comrade, Marshall Stalin.” The danger of communism, Churchill said, grows everywhere, “except in the British Commonwealth and in the United States where Communism is in its infancy (3).

On March 14, Stalin gave an interview with Pravda, compared Churchill with Hitler and said that in his speech he called the West to war with the USSR, and also accused him of racism: “It should be noted that Mr. Churchill and his friends are strikingly reminiscent of Hitler and his friends in this respect. Hitler began the cause of unleashing war by proclaiming a racial theory, declaring that only people speaking German are a full-fledged nation. Mr. Churchill also begins unleashing new war with racial theory, arguing that only nations speaking English are full-fledged nations called upon to decide the destinies of the whole world” (1).

The end of the ideological confrontation within the bipolar system led many analysts to conclude that the era of universal peace began under the sign of “liberalism” and “democracy.” But for some reason such approach does not take into account the following fact: most of these conflicts are based not on ideological, but on national contradictions, and that geopolitics is the decisive factor.

The Great Game on a global scale is gradually leading more and more to the opposition between the American “liberal democracies” and the “club of the damned”: China, Iran, North Korea, Cuba, and Iraq.

We know how it’s tempting to copy this text or it’s parts to your own essay and forget about your horrible assignment. However, we advice you to hold your horses! Your tutor may look for plagiarism in your text. So, if you don’t want problems, writing an essay on your own will be a good decision.

If you liked our Cold War essay sample, you can order a unique essay on our site! As soon as you place the order, our specialists will start choosing a writer for your assignment, or you can choose the writer by yourself. Our prices start at $10/page and you have the ability to use our calculator to see the final price of your paper. You will receive a complete paper by the deadline, so don’t loose time and make an order right now!

Posted on July 27 2017 by Larry Heart
← Wow! Research Paper Bibliography Writing Secrets Revealed
Happiness Essay: What Is Happiness and What Is Not →