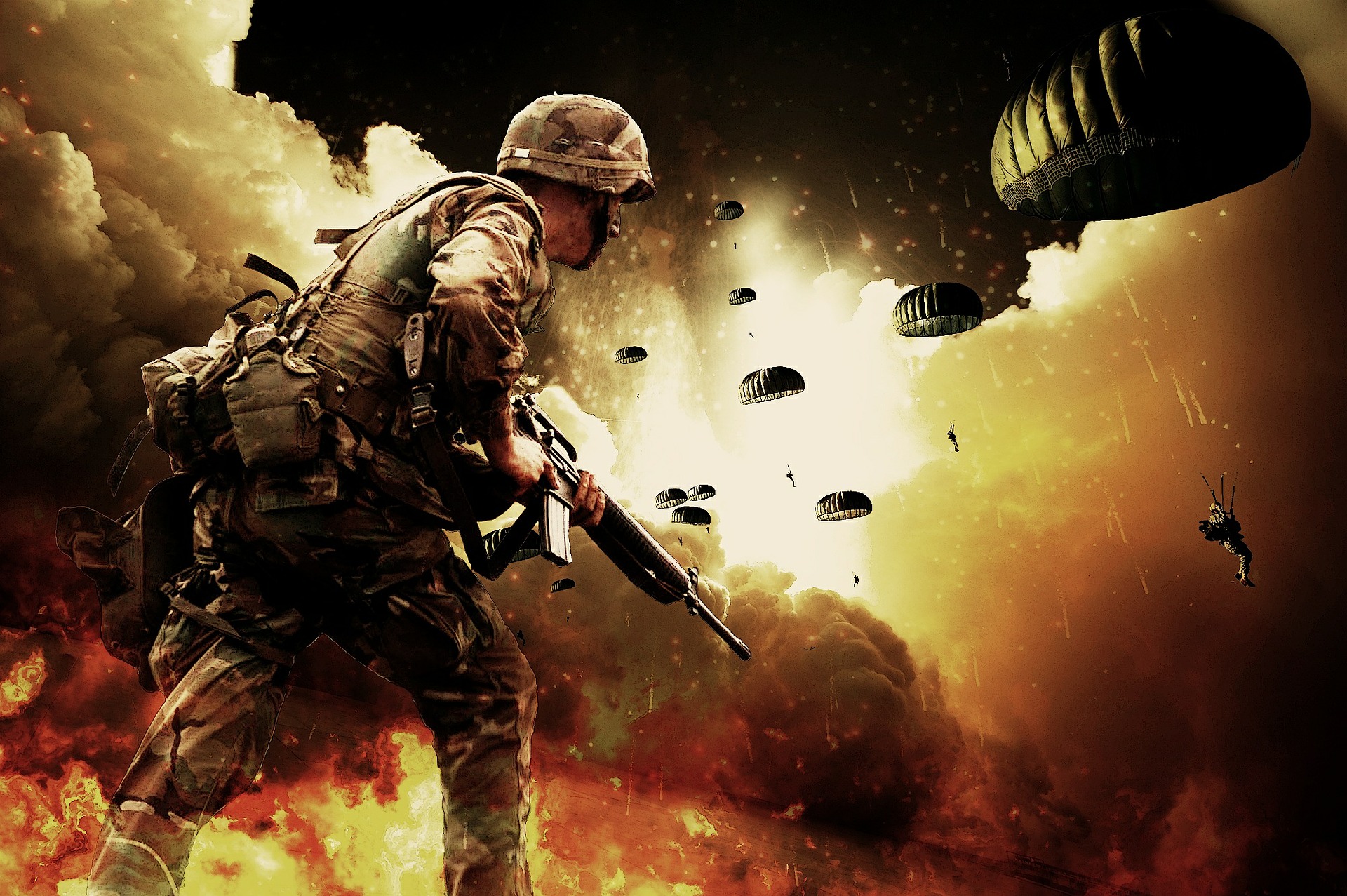 It is difficult to maintain the delicate balance between human and nature, when people completely refuse to listen it, blinded by the insane aspiration of absolute power. Military conflicts, which are increasingly erupting in different regions of the world, destroy not only the ecological system of the planet, but also the lives of millions of people. This war essay calls the reader to think about the future today.

Why Does War Still Exist Today?

Scientists have several dozen problems, which in their entirety can be considered global. The most important of them are: the problem of preserving peace on Earth, ensuring the progressive and proportional development of the world’s economy, ecology and the problem of ensuring life and the quality of human life.

Preserving peace on Earth is the most important problem today, because every day in one or several parts of the world we can see military conflicts. Our planet is stuffed with nuclear weapons and nuclear technologies (nuclear power plants, etc.), and in a moment of time life on the Earth may disappear. The impossibility to control nuclear technologies is demonstrated by the Fukushima and Chernobyl nuclear disasters. The history of mankind is the history of wars. Development of all political systems has been accompanied by various wars. Having reached a certain level of development, political systems create special institutions to improve and build up military forces.

However, in the meantime, people also had time to invent the wheel and sterilization, but if we open any book about history we will face the blood of many conflicts. Even the greatest literary works of antiquity were mostly inspired with the fight of Achilles and Hector.

Scientists have calculated that for more than four millennia of the known history, only about three hundred years have been absolutely peaceful. Wars on the planet have already taken more than 4 billion human lives. The number of deaths increased sharply with the development of means of destruction of people and the expansion of the scale of military operations.

Aggressive behavior is the source of global trends in the development of all kinds of armed conflicts and the growth of violence. Aggression is the most serious problem that humanity faces today.

The roots of aggressive behavior among people are revealed by a complex of scientific disciplines, first of all, such as ethology and sociobiology. Ethology sees the origins of the aggressive not simply in satisfying the vital needs (food, sexual, etc.) but in the complex confrontation of motives, in the conflict of vital needs with the desire to dominate in the community, to occupy a higher place in a specific hierarchy. The resulting conflict of motives causes mental tension and breaks through some aggressive forms of behavior.

There are dozens of theories explaining the phenomenon of war: Freud attributed it to aggression and the craving for death; Malthus with the struggle against “overpopulation; Hegel attributed it with the laws of the dialectical development of society; and Lenin, the class struggle. A lot of remarkable theories have appeared in the last century: passionarity (evolution of ethnic groups has different levels of activity), age imbalance (younger population in society tend to be more willing to fight), and economic and rationalistic theories. And all of them remarkably show in what conditions people are more willing to fight, but do not answer the main question: why people do it at all.

War is the highest degree of intensification of the conflict. Its classical definition was given by Clausewitz, who defined it as a continuation of politics by other, violent means. Wars were born in the sociopolitical sphere of life, which means class and interstate relations. The true causes of wars were carefully concealed by representatives of the ruling sector, false excuses were always put forward. (One Prussian monarch in the 18th century said: “If our soldiers understood why we are at war, it would be impossible to wage a single war.”)

Countries spend billions on military needs per year. Almost half of the funds for military needs in the world are spent by two countries – the US and China. In some countries, military expenditures exceed 1/10 of their GDP. This is primarily the countries that are constantly involved in military confrontation (India, most states of the Persian Gulf zone, etc.). Many countries that have low rates of wealth per capita tend to invest more in the military sphere than in the social sphere (China, Pakistan, Iran, Iraq, Syria, Cuba, Vietnam, etc.). According to UNESCO, fifty million people work on the level of demand for military goods and services: half a million of scientists and engineers, or 1/5 of the scientific world, take part in the development of the military sphere.

The cruel reality is that the history of mankind has never accumulated such great amount of deadly weapons that it is enough to destroy all life on Earth several times over.

How to Leave in Peace?

The reasons to prevent war and preserve peace:

1. The problems of the sociopolitical and spiritual development of people can be successfully resolved only in conditions of peace.
2. Reduction of armaments and funds to meet the basic needs of people will lead to the decrease or even complete disappearance of poverty, hunger, and disease as soon as possible.
3. Peace is an indispensable condition for social progress. The highly destructive nature of modern weapons threatens hundreds of millions of people.
5. The arms race, even in peacetime, has a threatening effect on nature. According to the UN, nuclear weapons can kill all life on Earth 15 times over.

Unfortunately our society still has no answer of how to prevent wars and lead a peaceful life. The only thing that matters is to educate new generations with a strong will for the peaceful life.

P.S. The peace essay that you can read above is based on a rather controversial topic and will remain urgent for the foreseeable future. The lives of people change from year to year, technologies are developing, but still people continue creating wars. We have asked our writer to create an essay that will cover the issues about war and peace on Earth.

If you have problems with writing your peace essay, read our writing tips from the GPALabs blog! With simple steps and great examples you will be able to create great essays. If you find yourself tempted to copy the text of our samples to your essay, we advise you not to do it. As every university and college uses plagiarism checkers, your paper may fall into the category of “plagiarized.”

Writing essays on controversial topics when you haven’t generated your strong point of view is very hard, especially if the deadline is too close. For this case you can use the help of GPALabs and avoid feeling a sense of remorse. Now you don’t need to spend sleepless nights on essays and other papers that make you feel annoyed. We have gathered only professionals that are ready to create academic papers of any complexity. At the same time, we try to make our services affordable – our prices start from $10 per page. Set the date, subject, and contact information, and you are half of the way to receiving a complete paper by the due date!

Posted on January 26 2018 by Larry Heart
← «Frankenstein» Essay: Symbols of Light and Fire
Death Penalty Persuasive Essay: Why Should the Death Penalty Exist →