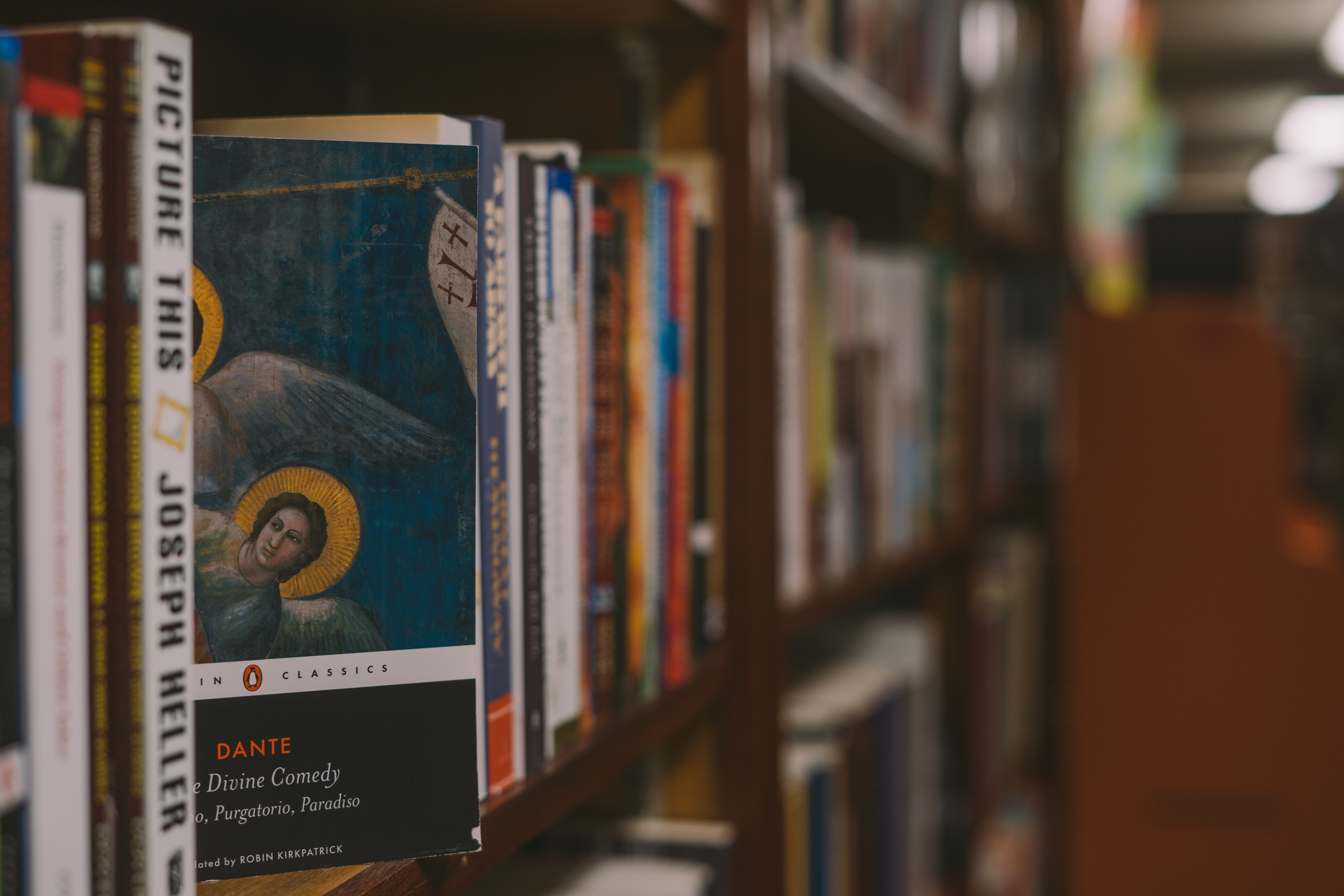 What Are the Themes in The Divine Comedy by Dante?

If taken in a literal context, Dante Alighieri’s The Divine Comedy could be an eerie material to read. It is about the character, Dante, and his journey to a place described as paradise. Before he gets to the place he needs to be, he begins his journey in his mid-life. Dante, through his life journey, gets to know what salvation, love, and epiphany are about.

Divided into three parts, The Divine Comedy talks about three different points that Dante faced. In Inferno, Dante finds himself in a dark place. Here, he begins to challenge his evil. Although there is darkness surrounding him, he sees hope. Characterized by a sunrise behind a mountain, Dante understands that salvation is coming for him (“The Divine Comedy Summary”). For his salvation, a Roman poet named Virgil comes and rescues Dante.

After he gets through Inferno, Dante continues on to Purgatory. In this realm, the main theme shown is love: not only as an emotion but as a driving force for humans to sin against each other. This includes the seven deadly sins which are all driven by either a weak force of love, or a strong force of love. This realm made Dante see that sins are classified according to the motives for committing them. Added to this, since love is a main driving force in this realm, a region called Ante-Purgatory exists. This region houses those of good faith when they are alive. This shows that love equates to forgiveness, and a chance to start anew.

On his last realm, Dante finds himself in Paradiso. This may translate into “Paradise” in some languages, or “Heaven” for others. Here, those who dwell are people who found their inner faith. Surrounded by them, he discovers an epiphany and regains his belief in the God he used to know.

The story itself mirrors man’s journey through life. In the story, Dante represents the modern-day man going through issues with his life. But in life, salvation, love, and epiphany would always exist. A journey in this context does not only mean the path you take to get to the end goal. We discover what we do not expect: in Dante’s case, love, salvation, and epiphany.

A literary analysis of “Divine Comedy” written by Dante is quite a challenging task, especially if you’re new at academic writing. Even the reading process can be hard, not to mention analyzing this poem. We hope that the sample above has helped you to find inspiration and ideas for your writing. If not, we can also recommend you to read the essay about Jane Austen’s “Emma” – it’s well structured and inspiring.

Anyway, if you need academic assistance with Dante’s “Divine Comedy” analysis, you can apply to us at any time. We offer unique samples at reasonable prices. Also, our service is always available – we work 24/7 to help you whenever you need. Click the order button and get more free time for your friends, family, or work!